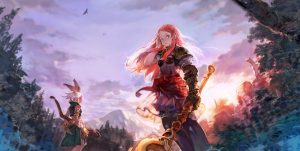 Do you like strategic games with awesome tactics? If you do, I’m guessing you’re a huge fan of Final fantasy tactics. And if you’re not, you better go try it out. While battling your enemies, you could gain Experience Points and Job points which you can use to purchase cool in-game items. As popular as this game is, there are other awesome games like Final fantasy tactics for PC, PS4, PS5, and Nintendo Switch.

XCOM 2 is a member of the award-winning XCOM series. The storyline is quite interesting. The earth has been overrun by alien invaders who have an ominous plan to wipe out the entire human race. XCOM forces must rise to the challenge and save their race from extinction.

You can upgrade your team of fighters with headgears, armors, and bonus costumes. Acquire new combat abilities, meet new enemies as you progress in the game. This game is one strategic game you don’t want to miss.

I’m a huge fan of the popular Japanese Anime series, ‘Naruto’. You can imagine the joy I felt when I discovered this game. Lost Odyssey is a Japanese RPG. You’ll control the character named Kaim. He’s one of the immortals who lost their memories while fighting against threats brought by a magical industrial revolt approaching the world.

You’re allowed to explore the world. You’d even find towns where you can sell and purchase equipment, save points, and even recover your health.

By the time you’re done trying this game out, you’ll agree that it’s one of the best games like final fantasy tactics for PC, PS4, PS5, and Nintendo Switch.

In the year 2087, after a nuclear war between the Soviet Union and the US, some parts of the earth is in ruin and survival is the order of the day. You get to control the members of a paramilitary group called the Desert Rangers. The game begins with 4 characters but as you proceed, you can manage as many as 7 characters.

Each character has different special advantages such as intelligence, strength, and even dumb luck. As a result, they use different weapons and skills. Its combat, gameplay, and storyline work in perfect harmony with one another, giving you one of the best gaming experiences ever.

The fourth item on my list of games like final fantasy tactics for PC, PS4, PS5, and Nintendo switch is Valkyria Chronicles 4.

It is the fourth member in the Valkyria Chronicles series. It is a tactical RPG with strategic gameplay. It is the year 1935EC and the Second European war between the Autocratic Eastern Imperial Alliance and the Atlantic Federation destroys the European continent.

In a bid to end the war, the Federation enforces Operation Northern Cross. Commander Claude Wallace and his loyal allies in Squad E must battle to make the operation a success. But they will encounter obstacles such as a troop of Imperial soldiers, harsh environmental conditions and they’ll get to discover something that’ll shake them up real good.

Battle chaser is a turn-based RPG with a very intriguing storyline. The protagonist’s ship gets shot down on a strange island, the characters have no choice but to fight the villains on the island. Solve puzzles, battle rare bosses, loot items and carry out other activities.

Its terrific combat system, characters, and style of gameplay will keep you hooked for much longer than you planned.

Langrisser is also known as Warsong in Northern America. In the game, Prince Gareth of Bartia is on a quest to deliver his country from the rule of an evil force.

As you progress, you’ll get tasks like destroying a particular enemy or protecting someone. You can also get other commanders to fight for you… So you’ll have back up when you need it. Trust me, Langrisser is another amazing game like final fantasy tactics for PC, PS4, PS5, and Nintendo switch.

7. THE BANNER SAGA – Best Games like Final Fantasy Tactics on PS4 and PS5

In this game, the player’s caravan battles a human-hating race called the Dredge. The game involves two distinct characters each with their own unique stories. Both stories merge to form one great story. Remember to be strategic with your choices as they directly affect your journey throughout the game. The game setting is a fantasy world motivated by Vikings’ myths. You’ll have to protect everyone with you. As I said, your choices and your interaction with others are very crucial in this game as they can change the entire story.

The aforementioned games are going to blow your mind and keep you busy for quite a while. So when next you need games like final fantasy tactics for PC, PS4, PS5, and Nintendo, you know where to go.