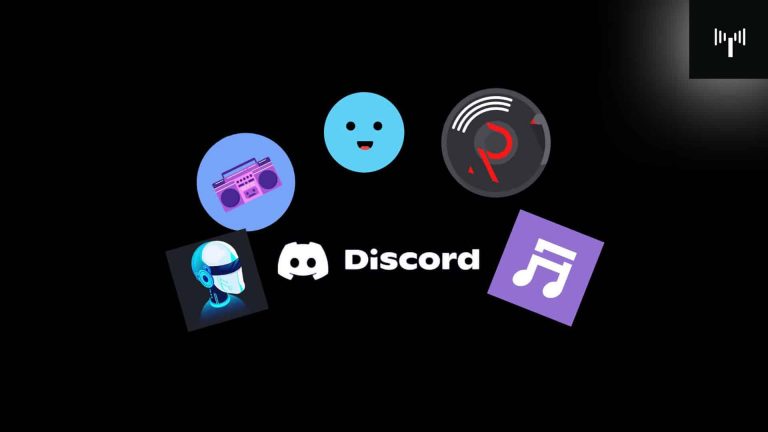 Although created for gamers to connect from several servers worldwide, Discord servers have become more associated with music in recent years. This fact has been confirmed by the emergence of Rythm, Groovy, and other popular Discord music Bots. With Bot (robots) commands, users can easily customize their Discord servers to suit their specific music requirements.

However, it can be somewhat tricky to choose the best Discord music Bots because there are several other Bots that all are compatible with the Discord server. The task becomes even more difficult for new users who may not have enough experience. We compiled a list of the best Discord Music bots and some tips on getting started with these.

Talking about a good recommendation, Groovy is a household name within the Discord music bot space. It is the most popular and the most loved music bot currently available. Want to know why many prefer Groovy? According to most users, it is the most reliable music bot and it is not prone to the common issues faced by other Discord music Bots.

It can play music from Spotify, Deezer, YouTube, Apple Music, SoundCloud, Tidal, and other streaming platforms. If your server space is large enough, Groovy allows you to assign a DJ role to members, a role that will allow them to moderate the songs on a queue. A feature that not only saves you valuable time but also effort.

The commands are simple. Setting up the music bot is easy and fast. For all these, it deserves its spot on our best Discord Music Bot list.

If you are aiming for the best Discord music bots, those that place a high value on the voice channel, Rythm is your surest pick. From its amazing and exciting features to its ease of use, you get all the convenience you desire by installing it on your Discord server.

Rythm supports the following music streaming platforms: Twitch, SoundCloud, YouTube, Spotify, among others. Once successfully installed on your server, you can create your playlist (known as a queue) and play them one after the other.

Among its diverse bot commands, there is one that allows you to search for tracks, add them to your current music queue, and play them anytime you want.

Read also: Groovy Discord Bot – What it is and How to Use it

The Hydra Discord Bot makes this list of the best Discord music Bots because it supports the widest range of music streaming platforms. Supported platforms include Spotify, Deezer, Bandcamp, YouTube, Spotify, Twitch, among others.

The music bot has simple commands that are easy to remember. Apart from playing music, you also get to listen to any recorded audio files from local radio stations as well as from any website. All you need to do is type the URL on the web browser and play.

It has a unique song request channel that makes creating queues easier through a song request. As expected, most of the music bot’s commands are similar to the commands of other common bots.

For its advantage as the easiest to use music bot, FredBoat deserves a place on this list. It is designed to give customers certain features that may not be available on other music Bots. For instance, not only can users customize their Discord Music Bots, they can play music straight from online streaming platforms with just one click.

Although it comes with simple and easy-to-remember commands, you may also customize the commands for ease of use. You can add prefixes or suffixes to the commands. It is easy to set up and use. It also supports many online music streaming sites.

You can play, rewind, forward, clear, or search for your favorite music tracks with ease. In your consideration of the best Discord Music Bots, include FredBoat if ease of use is your main concern.

Read also: Rythm Discord Bot – What It Is and How to Use It

Most notably, the quality of any music streamed on Chip Discord music Bot remains the same, guaranteeing a high-quality music experience. It has a free version as well as a premium version for users.

With a 24/7 uptime, there is never a dull moment around the clock as you will never miss a beat. Even without making any payments, you can control over 70 percent of its advanced functions, like editing of commands, sound equalizer settings, and music searches.

With an amazing audio effect feature, you can easily toggle between various audio modes depending on what works best for you. Chip remains one of the best Discord Music Bots for improving your music experience.

From YouTube to Spotify, the Musical Tune Discord bot supports online music streaming from various platforms. Chosen by more than 3 million users worldwide, it is not new to the game.

One thing we like is the Customer Support that provides free consultation 24/7. You can set it up without any administrative permissions on your PC. It is easy to use because you don’t need to join any server for the bot to function as it should.

Developers also make sure it comes equipped with some of the most beautiful voice filters like 8d, Bassboost, nightcores, and so on, that are found on the commands page of their website.

Read also: How to Play Music through Mic in Games, On Discord

Completing this list of the best Discord Music Bot is the Jockie music bot. One problem faced by almost all the music Bots on this list is that they are not developed to handle multiple music Bots at the same time.

However, the Jockie music bot can have up to 4 Bots on the server and up to 2 extras with premium members, with all playing music from various channels. Isn’t that amazing?

Read also: How to Fix Discord Screen Share No Audio