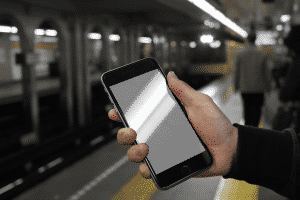 So let’s talk about some really great phones selling for N50,000 and under. These phones are really great in not only cameras, but they are amazing gadgets speaking of features like operating systems, RAM, and ROM. I’d try as much as possible to pick really great devices, so let’s help you choose the best camera phones under N50,000.

PS. The Cheap 3GB and 4GB RAM phones in Nigeria under 50K Naira is a comprehensive list of devices chosen from the Nigerian market and can be sent anywhere in the world. So I used the currency conversion tools readily available when selecting the best of the best.

Our first best camera phone under 50K Naira is the Nokia 6.2. A super great device that’s well known in the international market. The Nokia brand has always been known for being a super durable brand, and while it’s under another company, we have seen that that quality has been maintained consistently.

As at the time of this writing, the device is selling in the Indian market for under 50K Naira, which is the equivalent of around $197.

The device comes with amazing features, from Android 9.0 to having an amazing 16MP rear camera to sporting 4GB RAM. Let’s take a closer look at the specs and features of this amazing gadget.

The second best camera phone under 50K Naira is the Samsung Galaxy A10. Samsung is a popular brand, and in the past few months, they have really focused energy on a range of smartphones in the A-series. The A10 is the smallest of the devices in these series, but for a budget of 50K, you’re sure to get your hands on a premium Samsung device. Let’s talk about the specs and features of the Samsung Galaxy A10, and let’s see if it’s a great deal.

The third device we will add to our list is the Motorola Moto E5. The device comes with 2GB RAM, 16GB ROM, and a mighty 4000 mAh battery, which is way above the first two devices on this list, and it’s selling for somewhere half or even lower the price of the first two phones on this list. Considering the price and the starting features, the Motorola Moto E5 surely deserves to be the best camera phone under N50,000. Let’s take a closer look at the features and specs of this cute smartphone.

Just look at the first three devices on this list and tell me which of them comes close to having all of these features in one. And the BLU Vivo is selling at just $119 in the USA, which makes it an amazing deal wherever you live.

Let’s take a closer look at the features and specs of the BLU Vivo XL4.

The Cubot X19 not only comes with amazing features, but it also features a super cool camera to come with. Cubot X19 comes with 4GB RAM and 64GB ROM, so not only will you be able to take great pictures with the 16 MP Camera, you’ll have enough space and speed to run tirelessly.

Let’s take a close look at some of the features that make us choose the Cubot X19.

I planned to stop this list at just 5 devices so you guys find it easy to choose a really great device, but I couldn’t help but add this to this list.The device comes with a 32GB ROM, a 2GB RAM, and an amazing 16MP camera to go along. Let’s examine the amazing ZTE BLADE Z MAX Z982 specs.

So which of these is actually the Cheapest 3GB and 4GB RAM phone in Nigeria? Is there anyone of them that you have used? Is it actually worth the price? Feel free to share with us in the comments.