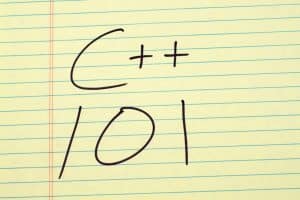 Whether you are a beginner or expert, identifying the best C++ compiler for you can be very difficult. Picking a compiler depends on what kind of projects you will be working on and what features are a necessity for you, you also have to pick one that works great for your current OS. In this article, we will be discussing some of the best C++ compilers for windows 10.

These recommendations have been carefully picked out considering their strengths and weaknesses. Use any of these compilers to write some C++ codes on your laptop or computer and you are guaranteed an amazing coding experience.

Best C++ Compilers for Windows 10 – Here Are Our Recommended Options

Our first product on this list of the best C++ compilers for Windows 10 is the Borland C++ compiler. This compiler is a C and C++ compiler for windows 10. It has stood the test of time, being the oldest and one of the best compilers out there. It is also a free app and works perfectly with MSDOS, Windows 98, XP, 7, 8, Vista, and 10.

The Borland compiler comes equipped with compiler binaries and libraries. Unfortunately, it does not have an IDE, so you’re going to need an editor and shell commands. This compiler has simple editing features that make it easy to use, ultimately improving your coding experience. The Borland C++ can be easily downloaded, is suitable for anyone but is highly recommended for beginners because of its simplicity.

The second C++ compiler for Windows 10 on our list is the Dev C++ compiler. This compiler is a C and C++ compiler available only for windows. It is a full-featured compiler, it is free, fast, simple, and portable. It can be used by anyone, but is also recommended for beginners. Starting with this compiler would guarantee a smooth and simple start for your programming career.

The Dev C++ compiler can also be an IDE and it combines GCC and Cygwin to edit and compile resource files. It is also compatible with any other GCC-based compiler. This compiler comes with DevOps and is written in Delphi. It is suitable compiler for starting or improving your coding experience.

Next on our list of the best C++ compilers for windows 10 is the Clang C++ compiler. This compiler is designed based on the LLVM compiler infrastructure project, provided with Front-end, and can be used for languages within the C language family, including C, C++, OpenCL, Objective C/C++, and CUDA. It is compatible with Windows and Linux computers. It is also compatible with GCC, has a faster and more reduced memory modified with a BSD license. It is known to be a default compiler for most C/C++ compilers – which means that it can easily be used with most compiler platforms and IDEs, including VS code, CLion, CodeBlocks, Dev C++, etc.

The Clang compiler was built to offer a better code analysis, faster compilation, and easily understandable features. It works well for anyone and is great for beginners. The compiler comes in three different phases; a parser at the front-end, an optimizer, and the back-end. The Clang compiler is great for building tools or projects and reusing or integrating with other projects.

Number four C++ compiler for windows 10 on our list is Microsoft’s Visual C++ compiler. This is one of the most popular and widely used compilers. It is a C++/C# complier that comes with Visual studio code IDE and is available for both Windows and Linux. It provides an integrated environment for expert or professional C++ developers and is one of the best compilers to start with since it offers several coding choices and features to its first-time users.

One notable feature of Visual C++ is its super-fast executables when developing windows applications. This feature is provided by the development of MFC architecture. The Visual C++ compiler is great for building most projects or tools but it comes highly recommended for building Windows applications. It is great for beginners, intermediates, or experts and is compatible with Clang standards.

Our next C++ compiler for windows 10 is the MinGW C++ compiler. This compiler supports C, C++, and FORTRAN, it is also only compatible with Windows computers. It is open-source, fast, simple, and easy to use. It comes with no third-party requirements and is compatible with GCC.

It is often recommended especially because it comes with a high level of available portability in GCC and requires DLL libraries.

The last C++ compiler for windows 10 on our list is the GNU C++ compiler. It was produced by the GNU project and originally developed for Unix, Linux, and GNU OS but is now also compatible with Windows OS using MinGW or Cygwin Linux simulators. It supports languages like C, C++, Java, etc.

It is free software, is compatible with Clang standards and can be used with VS code, CodeBlocks, Dev C++, PowerShell, and Command Prompt. This compiler is efficient for any use and is a perfect choice for beginners, intermediates, or experts.