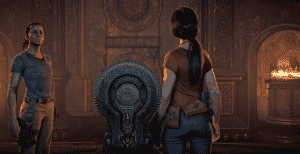 Gaming for girls also has rich variety — there is something for girls of all ages, from pre-school toddlers to teenagers, with many of these games incorporating educational elements. To top it all up, these games are attractive enough to grab the attention of boys as well.

In no particular order, these are the top 10 Action games for girls:

The developers of this game seek the girl that has lofty ambitions for science and space exploration, rolled into one.

The game centers on the main female character, Yuri, who travels into space and time in her space shuttle. However, a crisis erupts when she is hit by a meteor, causing her injuries.

Now it is up to Yuri’s training and determination as well as the contributions of her computer companion, Rasputin, to tend her wounds in time to continue her interstellar mission.

Catch up on all the fun in Astronaut Doctor here.

The Hair Expert is a game that touches on the part of body cherished by almost every girl- her hair. But it comes with a twist at every turn. First, there is an exclusive salon, complete with all the props needed to make beautiful hair- dryers, blowers, scissors, hair clips among others.

As a pro-stylist and manager, you are free to come up with as many styles as you can imagine. Your customer’s hair is your one true playground; start with a wash, choose engaging colors and select befitting style.

But remember that time is always the enemy and you only have so much of it to achieve a fabulous result for your client and you. The action starts here.

This engaging action game for girls sports players competing to build the longest slide. Competitors will then ride those water slides to earn points and determine the best slider in the world. Bonus points are earned when girls go out of their ways to help others extend their slides. At the end of the game, a stunning water park will have been created for all to enjoy.

In addition to the regular tiles available for building, one can get the adrenaline pumping with several action tiles including high-speed tiles, Attraction Icon tiles as well as Tunnel exit tiles.

Overall, Slide Blast is a game that encourages and rewards cooperation and teamwork.

If you want your little girl to unearth her motherly instincts early, get her a copy of Virtual Mom. The game is set in a bustling urban neighborhood. Every day poses its own set of challenges and as a mom/ boss of the home, your duty is to rise above them and cater to the needs of the home. Remember, time is always biting at the heel and if you lag behind, so too will your family.

So, in a race against the clock, you must accomplish several tasks. Get the dishes done. Prepare breakfast and lunch for the kids.  Take care of the gardening. In the midst of all these, prepare for the element of surprise to add more twists and turns to your day. You earn more points as you progress through the various stages of the game.

In the end, it boils down to you earning the right to be called a super mom.

Of all the action games for girls we have on this list, this game calls out to the warrior in every girl. With your deck of cards, learn strategy, outwit your opponents and emerge victorious at the end of the game. Choose the cards that give you meta-powers such as invoking metal shields, giving power shots and obliterating the enemy. There are loads of action steps to keep you busy throughout the course of the game.

Girls can look up to brave female heroes, as they battle their way through challenges and dangers, to fight for a cause and a belief. In Uncharted: The Lost Legacy, gamers can follow the adventures of the game’s central character Chloe Frazer.  She is tasked with the responsibility of recovering a fabled Indian artifact and keeping the treasure from the hands of a ruthless war profiteer.

However Chloe will need the help of another female character, a renowned mercenary called Nadine Ross. Together, they will venture deep into India’s Western Ghats mountain range to unearth the artifact, fend off the fierce opposition and do what they can to prevent the region falling into anarchy.

This game is for girls who like fast-paced action, based on mysterious male characters. In this case, Mr. Shifty is your classic attraction:  a gun-adverse villain, who has powers of teleportation, with a good punch to boot. Follow him as attempts to storm buildings and knock out thieves and criminals with brute strength and his disappearing guile.

Watch out for twists and turns along the way too. Mr. Shifty’s path will be strewn with mines and other booby traps, as he navigates his way to higher levels during the course of the game.

The Legend of Zelda: Breath of the Wild

The Legend of Zelda is another action-packed odyssey that promises to keep the attention of anyone with a knack for adventure. The game’s central character is Link, who awakens from a deep slumber to find himself in a mysterious world. Possessing the ancient artifact called the Shiekah Slate, Link must now call upon all his abilities and powers in ensuring its safety and his, as he battles past fierce opposition.

You can help him in his quest by selecting from an array of weapons that include spears, swords, boomerangs and even magic rods. Rest assured that there will never be a dull moment in the course of the game.

You won’t move a muscle when playing Hellblade: Senua’ Sacrifice. Senua, the central character, comes across as a warrior who has to grapple with emotional/psychological burdens that include the death of her family. In a far-off land, covered with thick fog and mist, Sensua must do battle to suppress her inner demons and come to grips with her unquantifiable loss. In addition, she will also do battle with the Northmen, an army of berserkers that appear out of nowhere.

Sensua must put her feelings of grief aside and face this formidable enemy. She must draw on both her mental and physical abilities, in order to survive and head on through the land. You can obtain more information about the game here.

Of all the action games for girls we have on this list, this game gets the adrenaline pumping FASTER with fast and unadulterated action and scenes. The main character, Lara Croft is intelligent, athletic, elegant, fluent in multiple languages, and determined to fulfill her own goals at any cost. Follow her, as she finds herself shipwrecked and stranded on the land of Yamatai. This place has served as the scene of fighting, with the lives (souls) of soldiers from the US, Japan and the Axis German troops seeing wartime action there.

Lara Croft must confront these souls and as well as the elements in her quest to not only leave the Island but to strip as many tombs as possible of their treasure.

These are my best action games for girls. Which of these have you played and really enjoyed? Join the discussion and share your thoughts.